Sales reps have a massive advantage in their industry. The advantage is that their value to the company can be seen, monitored, recorded and reviewed very easily. People in other roles are often cogs in the machine where their true value is rarely something you can quantify. In other jobs, the most valuable members are often overlooked and ignored. In other jobs, people are usually “genuinely” appreciated when they leave and their workstation and it turns to shambles. As a sales rep, you can show and prove your value to the company at any time and you can even put a dollar value on your value to the company.

ADVANTAGE – Your Value Can Be Measured, Quantified, And Easily Appreciated
(Think of Richard Roma in Glengarry Glen Ross)

What Can Make a Sales Rep Redundancy-Proof?

As a salesperson, you cannot focus all your energy on making the sale. Making money will make you redundancy proof (for a while), but constantly learning through trial and error will make a sales reputation redundancy-proof.

If you are making money then nobody is going to make you redundant. Sales are not dying–they are just changing. It has been a while since somebody knocked on your door selling you encyclopedias. These days the biggest encyclopedia in the world is on the Internet and is worth US $3 Billion (it is owned by Wikimedia Foundation). Do you think those old encyclopedia salespeople are still knocking on doors? The selling industry will always change and adapted to the market, and you have to change too if you want to keep making sales and remain redundancy-proof.

Small and large businesses will pay through the nose for good salespeople. Good salespeople are not viewed as assets or staff, they are seen as a way to print money. That is why horrible and ruthless salespeople are able to get away with being awful for so long…it is because they bring in new sales.

I do not mean to talk down to you with that list. I am aware that there is a lot more to selling than the small list I just presented you with. What I am trying to introduce to you is the idea of having a “Thing.”

Two Examples Of Having A “Thing”

I worked with the head of a marketing team years ago, and he would point out cold calling sellers and explain how each of them makes their sales. He said that they each had a “Thing” that they brought with them. He pointed out a blonde ruggedly good looking guy and told me how he used his charm and good looks to make people like him so that they felt bad saying no. The blonde guy used to prime the victim with small requests and get the victim to repeatedly agree with the word “Yes.” He would ask simple things such as, “May I show you this?” (as he opened the folder and showed it anyway). And, “May I sit down?” and “Have you thought about…..?” Using his charm and good looks, along with his “Yes-Question” priming made it hard for victims to say no when it was time to make a purchase.

The head of the marketing team pointed out a dumpy looking woman in a very expensive suit. He said she could talk the nuts off a submarine’s hull. She would force information down her victim’s throat until they almost felt as if the product was part of the family because they knew it that well. The victim almost felt as if he or she had something invested in the product because he/she now knew so much about it. The woman had what looked like a yielding demeanor/exterior, while having a very forceful way of speaking and asserting herself, which created a cognitive dissonance in the person listening to her (like a kitten with a lion’s roar).

Do not mistake these “Things” for selling techniques because the man and woman in my examples had put a lot of work into what they do. Many people mistake their success for luck or talent, but the two people in my examples had spent years honing and perfecting their skills and their looks to suit their selling tasks. Nothing was accidental and much of what they did was original.

I heard many of the marketing manager’s team give sales pitches and have sales conversations, and each conversation sounded original and fresh…until you heard the same thing over and over again with the next client. The sellers were not reading from a script, it is just that they have heard the same objections so many times that they knew exactly what to say and how to act to bring the customers around. This was not done through god-given selling ability, it was done through perpetually learning from their sales experiences and changing the way they worked to make themselves more efficient.

It would take books and books worth of tips and help to give you any chance of reaching and beating your sales quota every month based on just the knowledge you read. You would also need books of tips/advice and written experience that deals with your business, industry, marketplace a target consumer in order to be truly effective. Still, advice is only as good as its use, so here are a few points you can assimilate and grow if you wish. These are for people who are first starting out and who have need developed their own personal brand yet (have not found their “Thing”).

Consider If Your Buyer Needs You In Person

In the past, it was the sales rep’s job to take the potential buyer from disinterest to a yes. Selling used to utilize classic marketing principles such as AIDA, ABC, Feature, Function, Benefit, and so on. Such notions still apply today, but the salesperson is forced to take a more passive role in many areas. Classic market principles still apply, but at least part of the process relies on indirect influence and maybe even third-party complicity. It is sometimes better to find ways of getting references so that buyer comes to you. Many sellers use an online ambassador (such as a website or online marketplace) to help them identify people who may be looking to buy, and then start the semi-online/interpersonal part of the selling process.

Modern Buyers May Have Already Decided To Buy

Buyers may have already made their buying decision before the sales person becomes involved. Many times a person conducts research and analysis when he or she has already decided to buy. In this case they are actually justifying their purchase decision as oppose to actually making it. As a sales person, it is your job to remove barriers to the sale and help the target customer justify his or her buying decision. This is especially important in B2B selling because sometimes it is only sales barriers that is stopping a sale. You will be surprised at how many times you meet buyers from another company and they are less interested in your presentation and more interested in dismantling the sales barrier they identified (such as how they avoid paying shipping, or how your barcodes need changing).

People are going to Google your company and your products. You need to keep checking on Google’s first page of results to see what is appearing. You are probably going to see review sites pop up. You need to identify what people are saying about your company because the top negative comments on display are likely to be first problems your potential clients/customers have with your sales presentation. If people are complaining about something via user-review websites, then expect questions about those complaints from your potential customers.

It is probably possible for people to buy from your company without direct contact with a sales person. This doesn’t have to be a bad thing so long as you can accurately judge how your work affected and influenced the sale. It is a bad thing if you are cut out of the process. If a potential customer is able to do his or her own analysis and research, decide what he or she needs, and source it without the involvement of a salesperson, then that sales person needs to become a marketing strategist and implementer or else that sales person is cut out of the process completely.

Buyers May Not Understand The Role Of a Salesperson

This problem applies less often if you are selling B2B. If you are selling to the public, then they may dislike the idea of talking to a salesperson. People view salespeople as fake smiles and flashy suits. They perceive a stereotypical car salesman. You do not need to educate them any differently. If buyers perceive that salespeople deliver limited value, then do not be a salesperson.

Buyers think they do not need salespeople to solve their business problems or teach them about their products, and yet the resources they use are created by salespeople. The blogs they read, YouTube videos they watch, reviews they read, adverts they click, and so on, are all creations of the salesperson. You may not have direct contact with the potential customer, but you are certainly the one selling to them, (even if they do not know it).

Your Title Makes Your Job Harder Or Easier

As the previous key point mentioned, the name you give yourself may indicate your level of value to the potential customer. Call yourself a sales rep and people may regard you with the same level of respect as a pushy person trying to sell timeshares to a captive audience. Instead, call yourself an assistant, an expert, a marketing guru, an authority, sage, influencer, etc, and a world of opportunity opens up to you. Buyers may consult with a specialist adviser to help them buy, yet will shy away if that same person were calling him or herself a salesperson.

If you are going to take any points away from this article, then take this one away, you need to be able to show your boss or clients exactly what value you are adding to the company and the campaign. You make a sales rep redundancy-proof by getting sales and making sure the bosses know about it.

You need to be able to track your influence so that you can prove how much money you are bringing in. You could run the most penetrative and innovative marketing campaign ever known for your company, but if you cannot prove that the sales (positive effects) were set in motion because of your work, then you are just another leech that is sucking off your company’s success in order to appear useful. Make sure you can track your success in a way that means you can prove you are responsible for a certain section of your company’s or your client’s sales. 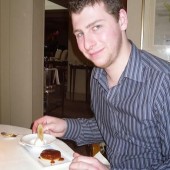 How to Improve Performance Marketing For Your Business

Payoneer Vs Paypal Vs Skrill

Is It Feasible To Supplement Employee Pay With Interest From Investments?

12 Of The Most Powerful Ways to Optimize Your AirBnB Listings